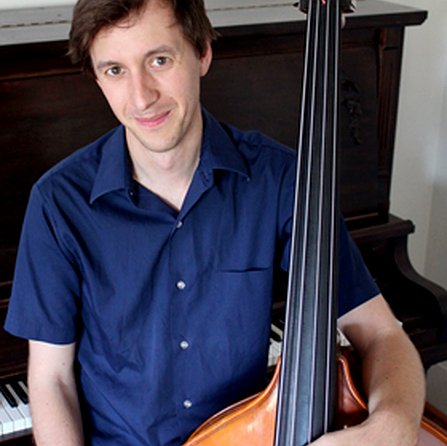 Dr. Peter Johnston studied music composition and double bass at Dalhousie University, and began teaching music at the Acadia University Summer Institute and Canadian Conservatory in 1999. During his studies for a Bachelor of Music he toured North America as part of the Juno Award-winning Johnny Favourite Swing Orchestra.

After completing his studies at Dalhousie in 2000, Pete moved to Toronto to work as a freelance musician, teacher, and novel editor, and completed a Master's degree in composition at York University in 2005. He graduated from York University yet again in 2010 with a PhD in Ethnomusicology, in which he wrote about the free improvisation scene in London, England.

Since completing his graduate studies, Pete has resumed his work as a music teacher and reclaimed his post behind the bass, performing in numerous groups in Toronto including Muskox, See Through Trio, and the AIM Toronto Orchestra. Pete teaches double bass, guitar, and bass guitar lessons at Neighbour Note.

"My approach to teaching is informed by both my experience as a professional musician and my work within the academy as a student, researcher, and teaching assistant. During my graduate studies my thinking about music education shifted towards recognizing the importance of developing not only the technical expertise related to performing, but also the broader skills of listening and collaboration that are necessary for meaningful music-making.

"I aim in my teaching to nurture creative thinking in my students, helping them to find ways to reach their personal musical goals. Ultimately, I hope to encourage students to participate in the music community as both performers and listeners, and to develop creative responses to the sounds they experience in their daily lives."