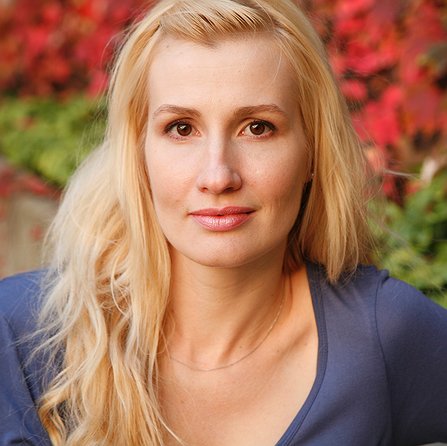 Ukrainian Canadian soprano Natalya Gennadi, described as an "excellent" and "regal" singer is establishing her operatic career in Northern America. Recent recipient of the IRCPA's Karina Gauvin Scholarship, she was awarded the Career Blueprint Grant from the National Opera America Center and Sondra Radvanovsky. This summer Natalya made her debut with the Brott Opera as Countess Almaviva in Mozart's Le Nozze di Figaro after performing the roles of Tatiana in Eugene Onegin with TST Project at Toronto Bernard Betel Centre and returning to Opera Oshawa as Suor Angelica in the eponymous opera. In the 2015-2016 season Ms Gennadi also made her VoiceBox Opera in Concert debut as Yaroslavna in Borodin's Prince Igor at St Lawrence Performing Arts Centre, Toronto.

Natalya's 2014-2015 operatic engagements included covering the part of Santuzza in Cavalleria Rusticana with Maryland Lyric Opera, USA; performing the roles of Fiordiligi in Cosi fan Tutte with TSOW; Donna Anna- as a paid soloist - in Don Giovanni with Opera by Request, Toronto, and Clotilde in Norma with Opera Oshawa. Among the highlights of the 2012-2013 season are the roles of Zemfira in Rachmaninoff's Aleko with Toronto's Opera Five and Donna Anna in Don Giovanni with Opera Nuova.

Ms Gennadi began her vocal studies at the University of Ottawa, and holds a Master of Music Degree in Operatic Performance from the University of Toronto. Natalya successfully performed lead roles in such operas as Medium, Carmen, Le Nozze di Figaro, and Die Zauberflöte with University of Ottawa Opera company. She appeared in the title role in The Merry Widow with the Ottawa Savoy Theatre Society in the 2010-2011 season and participated in Opera Lyra Ottawa productions as a chorister and comprimario. She performed the roles of Amelia in Amelia al ballo, Hélène in La belle Hélène (scenes), Mrs Gross in The Turn of the Screw at the MacMillan Theatre of University of Toronto and created the role of Antigone in the world's premier of Antigone at the New Music Festival, Toronto.

Natalya collaborates successfully with Vesnivka Choir, Toronto, and is a guest soloist for the annual European Union Christmas Concert in Notre Dame Basilica, Ottawa. Her recital season of 2015-2016 consisted of various solo and collaborative recitals in Toronto and New York, concluding with performances at Opera at Florham, USA, and Arts & Letters Club, Toronto.

Ms Gennadi was a recipient of the Encouragement Award from the prestigious Gerda Lissner Foundation – Violetta DuPont Vocal Competition in 2016 and also was a second prize winner in the 2014 NYOC Mozart Vocal Competition; became a finalist of the Czech and Slovak Voice International Music Competition of Montreal, 2013, and won the NATS Senior Scholarship, 2011. She received a full scholarship and several operatic awards in the Graduate School of University of Toronto. Ms Gennadi is a student of soprano Frédérique Vézina and is currently represented by L' Agence Meti-Jori.

Natalya is a passionate enthusiast of Slavic music and a professional Russian Diction Coach, working with distinguished and emerging musicians in North America. Natalya is a coach with the Canadian Opera Company Ensemble Studio and Opera Muskoka for the 2015-2016 season. Natalya teaches singing lessons at Neighbour Note.

...a good teacher will provide you with trustworthy tools that will allow your creativity to be free.

Making music is just like other types of "making", you have to have the right material and all the necessary tools. Whether you are building a tree house or a palace, preparing for a student recital or your Met debut, a good teacher will provide you with trustworthy tools that will allow your creativity to be free. I believe that a strong technical base can free up any instrument and enable performers to express themselves through their voices without any boundaries. It is hard work sometimes, but hey, look at ballerinas or athletes, aren't they free and stunning at the moment of performance?