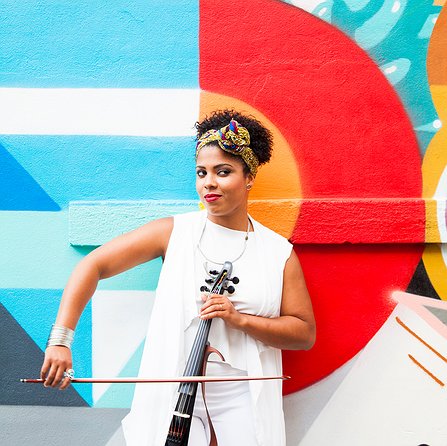 Elizabeth is professional violinist and singer who has performed with three time Grammy Award nominee Jane Bunnett and Maqueque, as well as the 2018 Juno Award nominated band: The Battle of Santiago. Elizabeth has attended both the Grammy Awards ceremony in 2017 and the Juno Awards in 2018.

Born in Havana, Cuba, Elizabeth spent much of her youth immersed in the study of music. She was classically trained on the violin studying the Russian Method for string playing. During her violin studies Elizabeth performed very important roles with three different Orchestras: Concert Master of the Juvenile Symphony Orchestra, Concert Master Assistant in a Chamber Orchestra (Musica Eterna), and a Principal Second Violin at the Orquesta de Camara de la Habana (The Chamber Orchestra of Havana).

In 2012 Elizabeth moved to Canada to audition for the BROTT music festival and became the first foreigner to participate in that festival in twenty five years. It was this first international experience that set the stage for her evolution as a musician. For the next two years she was based out of Hamilton, Ontario, performing and teaching. In 2014 Elizabeth moved to the United States for a year splitting her time between Los Angeles and Boston, where she worked as a teacher and performed with a variety of musicians.

Elizabeth returned to Canada in 2015 and was hired by Grammy Award and Juno Award nominated bands such as Maqueque, The Battle of Santiago, and now as a lead singer, composer and violinist at Okàn. With Maqueque and The Battle of Santiago Elizabeth has toured in North America, and performed in renown venues such as Yerba Buena Gardens Jazz Festival, San Jose Jazz Festival, BirdLand Jazz Club, Miami Jazz Festival among others. Singing and playing violin has being part of her life for the past 20 years. With this new project Okán Elizabeth is putting together all the experiences she has obtained up to this moment. Pursuing her dream of playing Cuban music with elegance, passion and a 21 st century vision is what's she is all about now.

Violin and singing lessons are also available in Spanish.

I make all of my lessons fun and educational by striving a balance between good technique, musicality and each and every student's personal musical interests.

Sharing my passion for music with each and every student is an absolute must. Students need to be inspired to learn. For this reason I make all of my lessons fun and educational by striving a balance between good technique, musicality and each and every student's personal musical interests. Goal setting is much easier when students are learning to play their favourite songs. My goal is to ensure that each student not only has fun during each lesson but they are also being productive with their time.