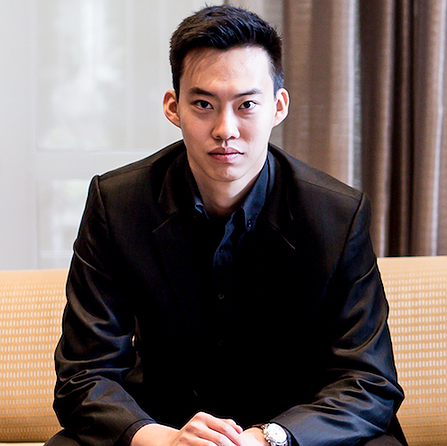 Being a passionate performer and teacher, Sang Kyun (Steve) Koh is currently a Sessional Lecturer in Violin performance at the University of Toronto where he received his DMA (Doctor of Musical Arts degree). He received his Bachelor of Arts degree at Rice University in Houston, Texas (U.S.A.), where he studied with a full scholarship, receiving the Herbert & Helen Allen scholarship and the Dick and Mary Ellen Wilson scholarship. After finishing his Bachelor's degree, Steve continued his studies and received his Master in String Performance and Pedagogy degree at Northwestern University in Evanston, Illinois (U.S.A.), where he was the recipient of the coveted Emily Boettcher and Yule Bogue Endowed Fund and the Dick Eickstein Grant.

Steve has studied with the members of the Chicago Symphony Orchestra, Atlanta Symphony Orchestra, Seoul Philharmonic Orchestra, and the Toronto Symphony Orchestra. His past and current teachers have included Yehonatan Berick, Gerardo Ribeiro, Kathleen Winkler, Helen Hwaya Kim, Irina Muresanu, and Joel Smirnoff. He has performed in solo and chamber music masterclasses for Shmuel Ashkenasi of the Curtis Institute of Music, for Hiroko Yajima of Mannes School of Music, and for the Philharmonia Quartett Berlin of the Berlin Philharmoniker.

As an avid chamber and orchestral musician, Steve is a founding member of the Interro Quartet and has collaborated with violists Leslie Robertson and Teng Li, pianist Philip Chiu, cellist Antonio Lysy, bassoonist Nadina Jackson, and violinist Nikki Chooi. He has also performed with Symphony S.O.N.G., Kitchener-Waterloo Symphony, and the Windsor Symphony Orchestra. Steve teaches violin and viola lessons at Neighbour Note.

Through my experiences in teaching over the years, I have made sure to reinforce "good playing habits" to help my students to become their own teachers in the practice rooms.

I believe that playing the violin well can only result when the most basic of technical elements that are consistently implemented in practice and performance. For instance, I have found that simple adjustments to posture, bow hold, and violin hold can have a bigger impact on a students' playing than a radical reworking of their approach to the music and instrument. Through my experiences in teaching over the years, I have made sure to reinforce "good playing habits" to help my students to become their own teachers in the practice rooms. It is my hope that such an approach will allow students to develop their own strategies in cultivating their unique playing styles and artistic voices.