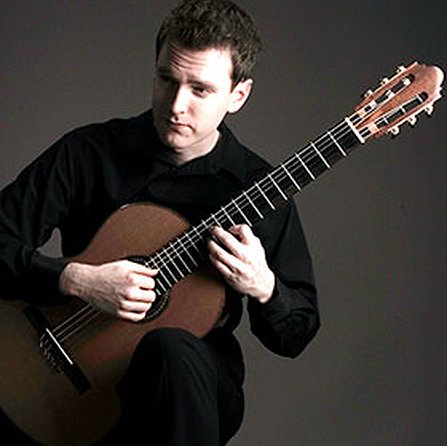 Canadian guitarist Shawn Pickup has been teaching the guitar for 12 years, working with students from ages 5 to 81, from beginner to advanced graduate student, passing down a mastery of styles from classical to pop to heavy metal.

Shawn is a classical guitarist by trade, and has devoted the past decade to studying and performing classical music. A multiple national and international prize winner, Mr. Pickup has been praised for "a technique of the highest level," and "masterful interpretation" (Lippische Landeszeitung), his impassioned performances connecting with audiences and critics alike. Prizes include the 1st prize and Grand Award at the FCMF Canadian National Music Festival, 1st Prize at the Wuppertal Solistenauswahl Concerto Competition (Germany), and prizes at numerous other international guitar competitions in Germany and Holland.

As a teacher and adjudicator, Shawn has been invited to give lessons, workshops, and masterclasses at numerous events including festivals in Hamilton, Sauble Beach, Wolfville, and Iserlohn, and was recently the first ever guitar faculty member for Music By the Lake, an eight day music camp run by the Toronto District School Board.

Born in Halifax, Nova Scotia, Shawn Pickup received his Bachelor of Music Degree in 2006 from Acadia University where he studied with Eugene Cormier. Shawn then travelled to Germany and began studies at the Hochschule für Musik Detmold in the class of Prof. Dale Kavanagh, receiving his Diploma in 2009. Mr. Pickup then continued in the class of Prof. Gerhard Reichenbach at the Hochschule für Musik Köln, where he graduated in 2011 with a Master of Music degree. Having returned to Canada in 2011, Shawn is currently pursuing his Doctorate of Musical Arts (DMA) degree at the University of Toronto under the guidance of Dr. Jeffrey McFadden. Shawn teaches classical guitar lessons at Neighbour Note.

Certainly, the building blocks of music and of instrumental technique run parallel through different levels and musical styles, but each student learns in a different way…

"The experience between a one-on-one music teacher and student is an amazing opportunity for learning. It opens up the possibility for a fully tailored program of lessons designed specifically for that student. Certainly, the building blocks of music and of instrumental technique run parallel through different levels and musical styles, but each student learns in a different way, at a different pace, and has different interests and aspirations. The outlook for a university level music student will be completely different than that of a child just starting out for fun, or a retired adult who would like to improve their strumming. Music holds a different and equally valid place in each of these lives, and the philosophy of how to approach teaching these diverse examples of students needs to be flexible, while maintaining a common devotion to, and investment in each student. Ultimately, guitar lessons should be something each student will look forward to every week, because they have been specifically geared toward what they personally want to learn, and provide a challenging, inspiring, and rewarding experience, helping them to improve their skills and advance their musical abilities, with the common goal of playing great music, and sharing it with others!"