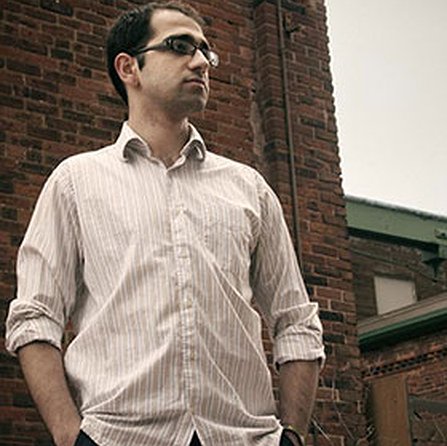 Saman holds a Masters of Composition degree from the University of Toronto, where he also received his Bachelor's degree with honours in Composition and Piano Performance.

Saman is a recipient of many awards including the 2012 CLC/CMC mentorship project in Ontario, as well as the Minister of Culture and Sports' letter of acknowledgements for his artistic and cultural activities in 2012.

His music has been read and performed by many ensembles and renowned performers across Canada, United States as well as France, Germany and Malaysia. His Music has also been broadcast on BBC Farsi , CBC (Podcast), as well as Radio Sedaye Toronto in 2013.

Saman's body of works include two operatic works; "Rob Ford : an Operatic life" which was premiered last January 2012 in the Macmillan Theatre, and also "Operatic Narration of Arash the Archer" as the opening concert for the 2013 Tirgan festival at the Westjet stage at Harbourfront Center in Toronto.

He also (alongside with ICOT) recently finished a ballet work for the YOU Dance company of the National Ballet and the Cathedral Bluffs Symphony Orchestra.

Saman is also active as a Pianist, arranger, conductor and educator, and he also composes music for films, animations and video games. Saman teaches piano and composition lessons here at Neighbour Note.

It is the teacher's job to find the potential and enable it.

"Passionate teachers make passionate students. I believe in helping a student realize their potential in their personal way, and that is the reason I don't believe in teaching everyone by the same method; every student will have their own learning curve and it is the teacher's job to find the potential and enable it."