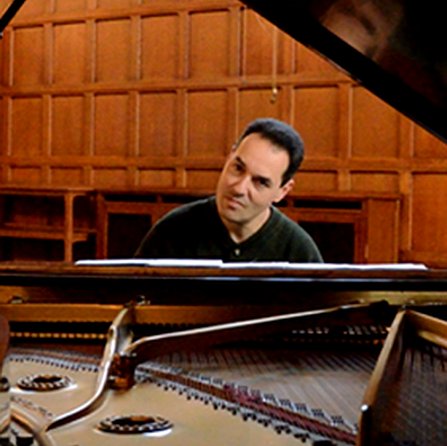 Peter Dick is a pianist, composer, and teacher of jazz and contemporary piano studies. He's a graduate of Berklee College of Music, Boston, with a Bachelor of Music degree majoring in jazz composition and arranging.

Over the years, Peter has performed in many of Toronto's finest and most eclectic venues and jazz festivals, as well as having also performed in Boston, London, and West Berlin. He conceived and performed the solo piano soundtrack to the CBC documentary on Canadian film maker Norman Jewison, directed by renowned Canadian director Bruce McDonald. He also wrote and performed an original soundtrack for movie The Shock Chamber.

While Peter has performed in many formats with many artists, some of his more notable collaborations include a piano/bass duo with the late Toronto bassist David Trevis, a piano/drums duo with Toronto drummer Bobby Rees, and more recently with Canadian poet and U of T Poet In Community, Ronna Bloom.

Original composition dominates Peter's four released CDs. He has had extensive study over the years with, among others: Dr. Samuel Dolin of the Royal Conservatory of Music; Ted Moses; Paul Read; Michael Gibbs.

I've been teaching jazz piano studies to private students for over 25 years.

"I've been teaching jazz piano studies to private students for over 25 years. Lessons and scheduling are tailored to individual student needs, and focus is on improvisation, chord- scale theory (use of chord symbols), chord voicing techniques, listening/analysis to seminal recordings, and can organically extend to composition study as well. Techniques learned remove obstacles to having your unique "voice" come through the keyboard."