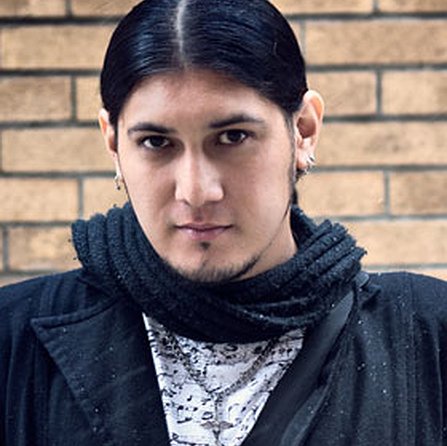 Oscar Rangel was born in the city of Tepic, Mexico on June 6th of 1987. At the age of 12, Rangel decided to dedicate his life to music. He began his musical career by enrolling in the classical guitar program at his local School of Fine Arts. Rangel thrived in the classical scene, learning to appreciate musical structures and proving his natural talent with many instruments such as the cello and piano. In 2003 Rangel, aching to test his composing skills, picked up the bass guitar and co-founded the Spanish power metal band Adllivyttumm. By mixing his knowledge of classical music and his passion for heavier genres, Rangel and three band members created unique, elaborate songs using classical structures and contemporary influences.

In 2005 Rangel moved to the city of Guadalajara, Mexico to study a Bachelor's degree in Classical Guitar at the University of Guadalajara. He studied under the guidance of David Mozqueda, a nationally revered classical guitarist, who both motivated and gave Rangel an international perspective in regards to his music. In the summer of 2009, once he had completed his Bachelor's degree, Rangel moved to Toronto, Canada with his wife. Here Rangel excelled, opening for big name bands such as Stratovarius and Pagan's Mind. He is currently working on various musical and theatrical projects that range from classical to metal, and everything in between. Oscar teaches classical guitar and electric guitar lessons at Neighbour Note.

I like to encourage my students to "play" with the instrument and experiment with all the different sounds it can produce, always being conscious about the right technique.

"I strongly believe that with a solid basis and a good technique in the early stage of the learning process of music the student can achieve and perform any personal goal they have set themselves and even more, since the more skill the student shows, the wider their artistic perspective becomes.
I like to encourage my students to "play" with the instrument and experiment all the different sounds it can produce and the different ways to bring them to life, always being conscious about the right technique. And combining this two sets of mind, one can get a very round education in music, in other words hard work and having a good time should meet while learning a musical instrument, we do call it "play" after all."