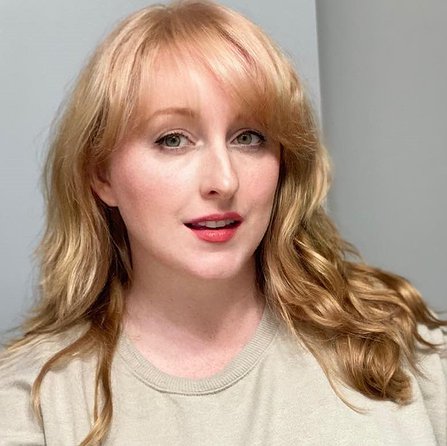 Michelle is a Dramatic Soprano, Composer, Director, and musician who has been studying, creating, and working in music for over 20 years.

Michelle began playing and composing on the piano at the age of seven while growing up in Buenos Aires, Argentina. After returning to Ontario, Michelle continued her studies in Piano and Voice with the RCM, and later in Percussion and Guitar. At the age of 18, she performed the role of Violetta in La Traviata, and sang and played in an orchestral concert tour across Italy, including most notable Il Teatro Nazionale d'Italia.

She completed her honours B.A. (Bachelor of Arts) Double Major in Performance: Drama and Music as an experimental double-major program with the University of Toronto. She became a Kindermusik Instructor in 2001.

After University, Michelle founded Odd Opera, a performance production company in Toronto, and has performed in leading and supporting roles with Divadlo Ypsilon (Prague), Toronto City Opera, TripTych Opera, Odd Opera, Opera Nuova, Wavestage Inc, and others. In addition to her classical repertoire, Michelle has performed as a singer-songwriter and with bands ranging from Jazz, Folk, Rock, to Metal bands such as Operus. She has performed on the main stages of El Mocambo, The Cameron House, The Rivoli, Blue Moon, The Opera House, and many other music venues across North America. Recent roles include Mercedes (Carmen), Sandra Bloom (Big Fish).

Michelle continues to compose, record, and work as a session musician, vocalist, and recording artist, and her music can be found on Spotify, Apple Music, and on N1M Folk Charts in Canada and the US. In addition to her career in music, Michelle works as an actor and director and teaches Yoga, Suspension Yoga, and Reiki.