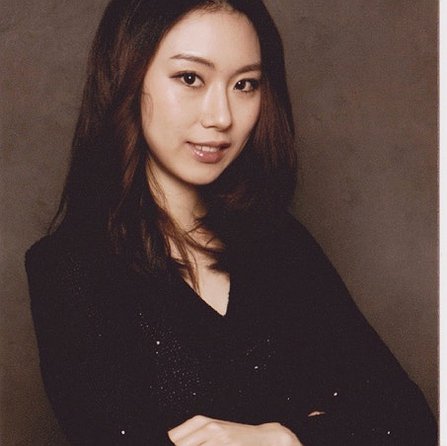 Born in Seoul, South Korea, Jungmin Lee began playing violin and piano at the age of six. Within that same year, she won first prize at the 1996 Cheung Ju Piano Competition and in 1999, the Cheung Ju Violin Competition. She was the first prize winner at the 2004, 2005, and 2006 Omega Psi Phi Competitions. At the age of eleven, she was accepted into the Violin Virtuosi of Indiana University's String Academy and performed throughout the United States. She has performed for renowned musicians such as Ilya Kaler, Mauricio Fuks, Joshua Bell, Menahem Pressler, Jaime Laredo, Vadim Gluzman, Pamela Frank, Barnabas Keleman, Soovin Kim, and others.

Upon graduation, she entered McGill University where she completed her Master of Music degree with a full scholarship and a Graduate Excellence Fellowship under Jonathan Crow and Denise Lupien. In 2014, Jungmin was accepted into the Doctor of Musical Arts program for violin performance at Western University. As a teaching assistant at Western University, Jungmin was in charge of the Western University Opera Workshop, Symphony Orchestra, and Early Music Studio, and served as a faculty member at Forest City Talent Education, coaching chamber music to young musicians.

In 2015, Jungmin was invited to perform a concert in Cardona, Spain, where she performed various works of Brahms. The concert was performed on a 1770 Giovanni Battista Guadagnini violin with the generous support of George Heinl and Co.

Currently, Jungmin Lee plays on an Italian violin by Antonio Gragnani under the generous support of an anonymous donor, and a French bow by Eugène Sartory on a gracious loan from George Heinl and Co. in Toronto. Jungmin teaches violin lessons here at Neighbour Note.

I aim to break down the technicalities of violin playing into easily digestible chunks, to train the ear for a sound mind and body connection in performance, and to be a guide and mentor for each student to help achieve their individual goals.

My philosophy of teaching is multifaceted. I aim to break down the technicalities of violin playing into easily digestible chunks, to train the ear for a sound mind and body connection in performance, and to be a guide and mentor for each student to help achieve their individual goals. I try to train my students' ears from the very beginning, to encourage them to become their own teachers. I believe in first achieving a solid understanding of the mechanisms in violin playing, as I believe that this awareness helps to demystify the complexities of playing the violin. Playing the violin can be a very frustrating endeavour when, for instance, one does not understand the reasons behind a scratchy sound, a sour tone, or a shaky bow. I find incredible satisfaction in watching my students' faces light up with a sense of empowerment when I explain to them the reasons for each unpleasant sound, and also provide them with a solution to practice their way out of it. As well, I like to make sure that the students learn to "borrow" my ears, so to speak, so that they may realize the sound world that exists in violin playing. It is very easy to become adjusted to the level of sound one is accustomed to making. However, I have found that once my students come to the realization of what sounds are possible, that they find practicing much more meaningful.