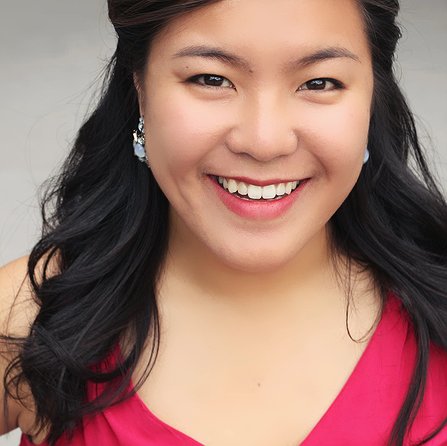 Toronto-based pianist Deborah Hui enjoys a multi-faceted career as a performer and teacher. She frequently collaborates with instrumentalists, vocalists, and chamber groups in Canada, the United States, and Italy. She has appeared at the Tuscia Opera Festival, Colorado College, and Marrowstone Summer Festivals, the Vancouver International Song Institute, and has recorded for Colorado Public Radio. An enthusiastic performer of contemporary music, Deborah enjoys working with living composers, and has premiered works at the Fresh Inc Festival, the Pendulum New Music Series, and with the Colorado New Music Ensemble. Notable collaborations include performances with Joseph Robinson (former principal oboist of the New York Philharmonic) and Bonita Boyd (flute professor at Eastman School of Music). She has played in numerous masterclasses, including those of Sir James Galway, Martin Katz, Lori Laitman, Jon Nakamatsu, and Nathan Gunn.

As a teacher, Deborah enjoys working with students of all levels, whether it is with her private piano students, as a guest lecturer at Colorado State University, or coaching singers at Interlochen Arts Camp.

She holds degrees from the University of British Columbia, Baylor University, and recently completed her DMA in Collaborative Piano at the University of Colorado Boulder. Her mentors include Miranda Wong, Rena Sharon, Kae Hosoda-Ayer, Jane Abbott-Kirk, Alexandra Nguyen, and Margaret McDonald. She has studied organ with Joyce Jones and harpsichord with Doreen Oke. She is a member of Pi Kappa Lambda Honor Society and was twice awarded the Roger L. Keyes Award for Outstanding Graduate Student in Piano at Baylor University. Deborah was a finalist in the Mid-Texas Symphony Young Artists and Baylor Concerto Competitions.

In her spare time, she enjoys meeting friends for coffee, exploring whatever neighbourhood she finds herself in, and following recipes loosely in the kitchen. Deborah teaches piano lessons at her private studio: Deborah Hui.

I approach my students holistically, taking into consideration their musical background and preferences, personality, and strengths and weaknesses.

I believe that teaching is ultimately a highly relational occupation; thus I approach my students holistically, taking into consideration their musical background and preferences, personality, and strengths and weaknesses. Ultimately, the discipline of music should never be a separate entity from the student's daily life, but as a way to express oneself. The skills and values gleaned from music education, should be applicable to all other learning the student does throughout his/her lifetime. My goal is for my students to reach a level where they can confidently make their own musical interpretations and choices.