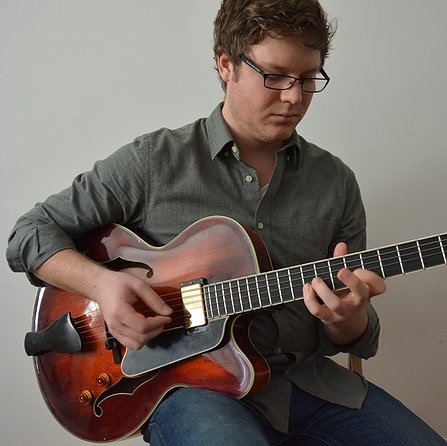 Already an accomplished guitarist in his teens, Chris connected with the guitarists Eric Clapton, Jim Hendrix, and Stevie Ray Vaughan, whose music inspired him to develop his skills, write songs, and lead a band of his own. Following high school, he attended Mohawk College and graduated with an Applied Music Diploma. It was there that he developed his passion for jazz, studying with Bob Shields and listening to musicians such as Lenny Breau, Ed Bickert, Jim Hall, and Reg Schwager.

Following Mohawk, Chris went on to complete a Bachelor's Degree in Jazz Performance at the University of Toronto, where he had the privilege of studying under Mike Murley, Kelly Jefferson, Chase Sanborn, Geoff Young, Andrew Downing, and Dave Young. Chris has also had the opportunity of performing with some of the best musicians in the world, such as, Dave Leibman, Norma Winstone, Jerry Bergonzi, Mike Murley, Dave Young, Reg Schwager, Bob Shields, Pat Collins, Kieran Overs, Chase Sanborn, and many others.

At this point in time, Chris' influences include a broad range of genres including blues, jazz, Motown, and Brazilian. His music infuses these influences while still remaining true to the jazz idiom. Now an emerging artist on the Toronto scene, he is busy performing around town while continuing to teach and write music. Chris teaches guitar and ukulele lessons at Neighbour Note.