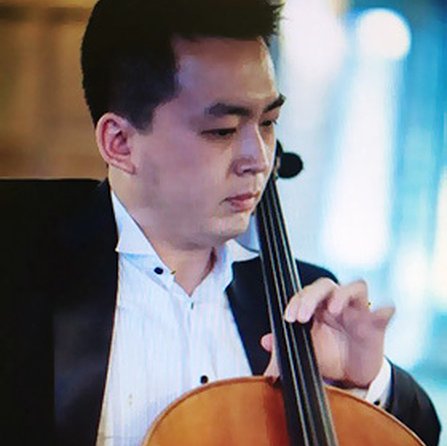 Cellist Bo Zhang is a Yale University graduate with a Master of Music degree in cello performance. While at Yale Bo had the opportunity to study with legendary cellist Aldo Parisot who has been acknowledged as one of the world's master cellists, and one of the greatest teachers of cello.

In 2004, Bo was awarded first prize at the Chinese Young Artist for Nationalities Competition. In addition to this award, Bo has received numerous scholarships for festivals and summer camps including the Performing Arts Institute in Pennsylvania, Cello Fest and Mimir Chamber Music Festival in Fort Worth, and Music in the Mountain Festival in Colorado.

Bo is currently pursuing a Doctoral of Musical Arts (DMA) degree at the faculty of Music at the University of Toronto under the tutelage of Shauna Rolston. Bo teaches private cello lessons at Neighbour Note.

One needs to let the music play through them instead of trying to play the music.

"As a musician, performer, and teacher, I strongly believe in the importance of body memory. The ability to play without thinking is crucial. One needs to let the music play through them instead of trying to play the music. Most of us don't think about the process of walking, speaking, riding a bike, or driving a car. This is something that we tend to do naturally in everyday life. We simply rely on body memory to do these things. Learning music should be exactly the same process. Internalize something and then forget about it. Give your mind a break and let your body remember!"