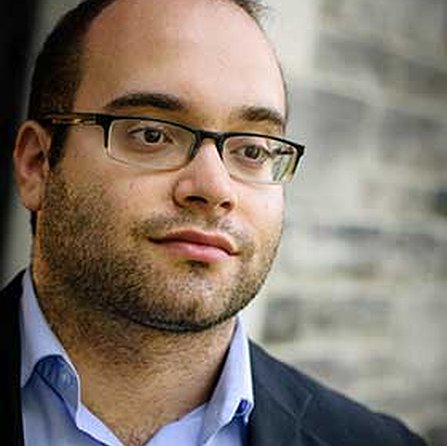 Asher is a Canadian pianist, collaborator and teacher. Originally from Ottawa, he now is primarily located in Toronto.

In the summer of 2013, Asher joined in the production of Die Zauberflöte with 'Opera on the Avalon' in St. John's, Newfoundland as an assistant coach and pianist/répétiteur. Asher continues to pursue his interests in opera, song, and vocal piano. He has worked in masterclass settings and received instruction from many great singers and coaches including Stephanie Blythe, Adrianne Pieczonka, Wendy Nielsen, and Daniel Taylor.

As an accompanist, Asher has performed in many venues for a variety of concerts, competitions, and recitals. He has worked with musicians of many ages and levels. He is also a skilled and experienced chamber musician, coach, and teacher. Asher proudly works with students and musicians of all ages. Asher teaches piano and composition lessons here at Neighbour Note.

I want to help give them the technical tools, knowledge, and guidance to make this discovery more effective and rewarding.

"I believe deep down that the primary reason we all learn music is to love life. There is so much joy and love innately embedded in the music that we learn, and I insist that my students discover and experience that joy. Music is, first and foremost, about fun and enjoyment. However, it also requires a great deal of practice, commitment, and discipline. As a teacher, I simply want to naturally guide my students as they discover the wonders of music for themselves. I also want to help give them the technical tools, knowledge, and guidance to make this discovery more effective and rewarding. I look forward to working with each student individually, since each student has a unique personality and everyone has so much to offer musically. "