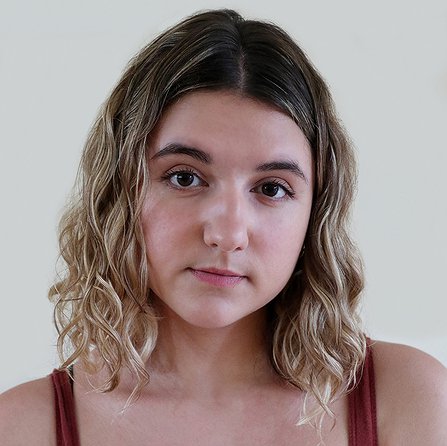 Russian-Canadian pianist Anastasia Kulikova is a performer and educator currently based in Salzburg, Austria and Toronto, Canada. From a young age, she has been actively performing across Europe and North America and has been the first-prize winner at numerous national and international competitions, including the Citta Di Pesaro Competition (Italy) and Hopes, Talents, Masters Festival (Bulgaria). Her career took-off in 2008, when her family moved from Russia to Calgary, Canada and Anastasia began competing annually to great success at the Calgary Kiwanis Music Festival, Calgary Concerto Competition and the Canadian Music Competition in which she was awarded first place in 2015. The same year she placed second as a part of “Two Third Ninth Trio” at the National Music Festival and was a semi-finalist at the prestigious OSM Manulife Competition in Montréal, Canada. In 2015, Anastasia was selected as the youngest of three participants in Calgary Pro Musica’s Young Artist Development Program which focused on career development as well as public outreach at local elementary schools.

In 2018, Anastasia was recognized as a University of Toronto Scholar, a title awarded annually to one-hundred outstanding students across all faculties. She is a recipient of a scholarship from the Woman’s Art Association of Canada and of the W. O. Forsyth Graduating Scholarship from the University of Toronto. She was recently awarded the “Audience Prize” at the Fontainebleau Ravel Competition in France which granted her the opportunity to perform in the Chapelle de la Trinité of the Fontainebleau Palace, a historical landmark of French history and culture. She is a prize winner of the Thousand Islands International Piano Competition (USA) and the most recent winner of the University of Toronto Concerto Competition (Canada), granting her an orchestral debut with Rachmaninov’s Piano Concerto no. 2 in December 2021. Her other recent engagements include performances in Russia, Italy, Austria and Canada.

Anastasia is passionate about bringing music to students of all ages, and currently teaches online (worldwide) and in-person (Salzburg, Austria). She held the position of a Teaching Assistant at the University of Toronto (2019-2020) where she taught undergraduate students music theory and ear-training curricula. She has also been a piano teacher at the Toronto School for Strings and Piano Summer Music and Arts Camp, and has experience teaching kids one-on-one as well as in group settings. She is actively involved in community and outreach programs, bringing music to senior homes and public schools. Anastasia completed her Bachelor of Music (BMus. 2019) and Master of Music (M.Mus. 2021) degrees at the University of Toronto, studying with esteemed Prof. Marietta Orlov and Prof. Lydia Wong. In 2021, she took part in the bilateral exchange program at the Mozarteum University (Salzburg), where she was studying with Prof. Cordelia Höfer-Teutsch.

I use a variety of different teaching styles to suit each individual's special needs, strengths and interests while encouraging the student to explore their boundaries and work towards accomplishing specific goals.

Music has the ability to connect different people, heal personal wounds and allow one to express them self in a creative, unique manner. I have been playing piano since I was 4 and music is something that I have always turned to during hard times. Over the years, music has influenced who I was, am and will be. Through my teaching I hope to inspire students to find their own voice in music - a special way in which they convey their thoughts, ideas and emotions to the world. I use a variety of different teaching styles to suit each individual's special needs, strengths and interests while encouraging the student to explore their boundaries and work towards accomplishing specific goals.