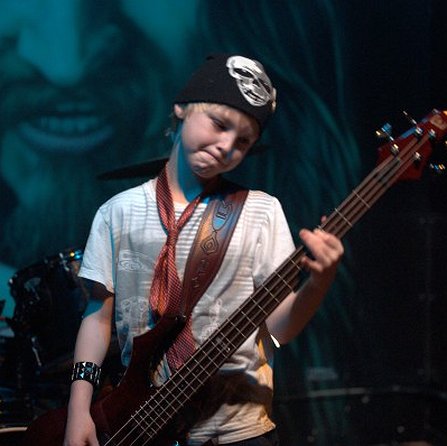 Guitarist, bassist, keyboardist, singer, and composer, Eamonn Stewart was part recipient of the Frederick Simpson Award for Best Film Grades 3 to 6 at the TIFF Kids Film Festival Awards on April 23, 2012. As winner of the Jump Cuts Young Film makers Showcase prize, Eamonn and his fellow class mates were pleasantly surprised. The film entitled 'I Just Want To Go Home: A History of Residential Schools in Canada', is a hybrid documentary recounting the history of residential schools in Canada, through personal stories. Eamonn composed the music for the film.

Eamonn sings, and plays keyboards and bass for the band 'The Broken Drum Sticks', who will be entering the recording studio on May 5, 2012, to record their contrapuntal composition entitled 'Epic'. The song will be available for download on i-tunes and Amazon later this summer.